Sunday Smiles has somewhat fallen off the radar.  And by that I mean it has plummeted into the abyss of disorganisation and stayed there for the past two months.  Woops.  The original premise of Sunday Smiles was to give me a way to focus on the positives of the week – things that made me smile or laugh or that were simply just pretty – and aside from being disorganised, I guess I haven’t needed that so much over the last few months because I’m enjoying life in Leigh so much.  But I think it’s time to bring Sunday Smiles back,* which obviously has nothing to do with the afforded opportunity to procrastinate from writing my thesis and everything to do with all the sunrise, sunset and sea view photos that I keep posting to Instagram…

So, time to kick off another edition of Sunday Smiles: 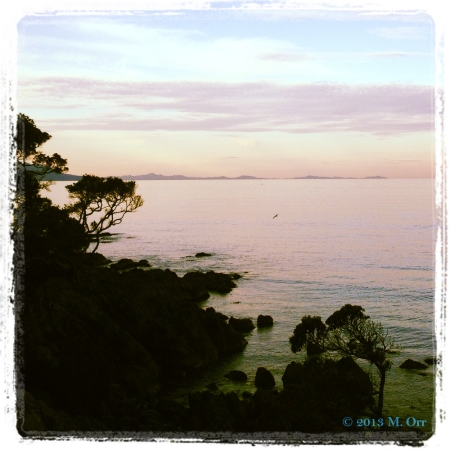 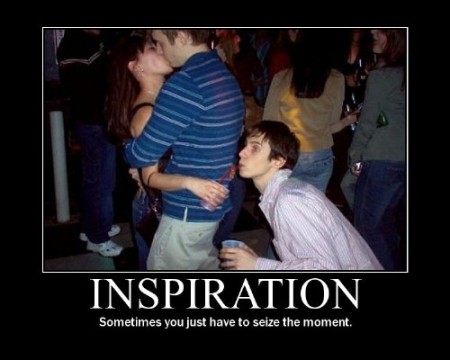 So on that inspirational note, what made you smile this week?

*Even though this is actually going up on Monday, thanks to our Internet completely conking out last night…  Living in rural NZ does have the occasional downside.

Today, le 14 juillet, is French national day (hurrah!), which I believe is referred to as “Bastille Day” in English.  This is obviously a day of national celebration, which means that large amounts of delicious food are involved, followed by fireworks where possible.  I had originally been planning to bake tricolore cakes or madeleines or something for today in celebration, but sadly one of my French great-aunts died on Tuesday and the funeral is tomorrow morning, so as this post publishes itself (I do like the scheduling feature in WordPress – awfully convenient) I should be located at an altitude of around 10,000m en route to France.  In a plane, might I add.  Which isn’t exactly the ideal place to go about baking cakes.

I was working in St Andrews over the summer last year, so to celebrate the 14 juillet (yes, I’m going to stubbornly write that in French throughout this post) I threw a small dinner party for the people I knew who still happened to be in St Andrews (with lots of help from Kat – thanks again Kat!!!).  Although only two of us were actually French, everybody else was a francophile and appreciative of good food, and I think I can say that we all had a great evening.  I hung up the string of French flags that I happened to be storing for French Society (I was President of the society, I didn’t just steal them, don’t worry), decorated the table with blue, white and red candles in little dishes, and set out blue, white and red napkins at each place.  Ok, so I was a little over-enthusiastic with the whole tricolore thing, but it was French national day, so whatever.  My back-up plan for today had been to share the recipe for the spiced lamb and chickpea stew that I’d made, but since this was pre-blog and therefore before I took 56 million photos of everything that I cook, it turns out that I unfortunately don’t have any photos of the stew.  In fact, the only photo that I seem to have is of one of the clips that I used to hold the three coloured napkins together on each plate.  I totally don’t play up to stereotypes whatsoever:

Afterwards, little frog clips mysteriously appeared in random places throughout the flat, and they were added to over the course of the summer.  I left them up as an amusing reminder of a delightful and relaxed summer evening (although anybody who came round and hadn’t been at the dinner party must have been somewhat confused by the profusion of tiny frog clips dotted around for no apparent reason).

So to conclude this slightly pointless ramble of a blog post, whether you are French or not, I hope you have a lovely 14 juillet, filled with lots of delicious food and pretty fireworks!!  (Although be careful with the fireworks bit if you’re doing them yourself.  Actually, I don’t even know if it’s legal to let off fireworks from one’s back garden in the UK.  Maybe.  Maybe not.)