From Venus to limes

Were you able to see the transit of Venus on Wednesday?  I was really quite excited about seeing it – I didn’t see the one in 2004 (I’m not sure that I was even aware of it), and the next one isn’t until 2117, so I’m working on the assumption that it’s highly unlikely that I’ll still be around in 105 years to see it.  New Zealand was one of the places where the whole transit would be visible, but sadly the weather here in Auckland was being rather uncooperative and it was cloudy or rainy for pretty much the whole afternoon.  We were restricted to watching live footage from Hawaii (one of the beauties of the internet) in between presentations at a lab group symposium during the morning.  Ya, we’re that cool.  Whilst being able to watch the transit live from 7000km away was pretty awesome, not being able to see it in real life was a little disappointing.  We had been thinking of taking a lab trip to the Auckland Stardome to go watch it (just in case you weren’t convinced of our coolness…) but that didn’t happen.

Not seeing the transit is obviously not the end of the world, but since it’s such a rare occurrence I was still a little gutted when I got home.  And also a little damp from the rain, which is not a rare occurrence.  I had a fail-safe antidote to being miserable though, in the form of lime curd.  I find that lime curd automatically makes everything better – it’s green, zingy and super tasty, so how could it not?  Citrus fruit always makes me think of summer sunshine, even though they’re usually in season through the winter, and as a result, I find that citrus-based things nearly always cheer me up.  Particularly when it’s something as easy to make as curd.  If you’ve ever had to buy a whole net of limes or lemons when you only need one, making curd is a great way to use up the surplus.  It’s also a great way to use up egg yolks.  What I also love about curd is that it can be made with any citrus fruit (I tried blood orange curd last year and it was fabulous) and in various combinations.  Lime and lemon work wonderfully together.  This curd comes out deliciously zingy, which is how I like it, and there’s no mistaking the lime flavour.  That said, it’s not sour (because that would be horrid), just full of flavour.  Curd is a brilliantly versatile ingredient as well – spread it on toast, crumpets, digestive biscuits; use it in muffins, cakes; the possibilities are endless!  Tomorrow is World Gin Day (are you excited?!), and I have something special lined up for this particular batch of lime curd – check back tomorrow to find out exactly what…  I’ll give you a clue though: it involves scones.  And gin (no kidding). 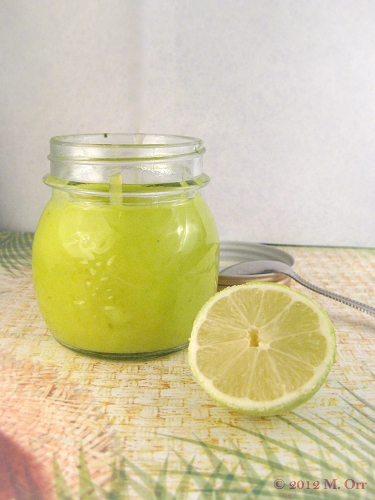 To sterilise the jar, wash in warm, soapy water and then dry at around 110°C in the oven.  Remove from the oven once dry and allow to cool fully before filling.  If you don’t have immediate plans for the leftover egg white, it freezes well.  If you find that the lime juice is a little pale, you can add a couple of drops of green food colouring to boost the colour (keep it minimal though).  You can use curd in plenty of different ways: on crumpets, on toast, to make dessert canapés, on a sponge cake, in cupcakes, etc.  The curd will keep for about a week in the fridge.

1.  Zest and juice the limes into a small bowl.  In another small bowl, beat the two eggs and the egg yolk together well.

2.  Melt the cubed butter in a large heat-proof bowl over a simmering pan of water (make sure that the water doesn’t reach the bottom of the bowl).

4.  If using the curd straightaway, pour into a bowl, otherwise, pour into a sterilised glass jar.  Allow to cool (it will thicken further) before sealing and storing in the fridge. 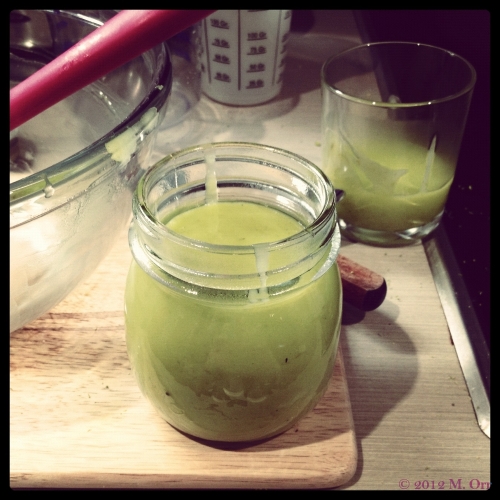 PS – How super smooth was my segue from the transit of Venus to limes?  Truly flawless.  Clearly not a case of remembering halfway through that “oh wait, this post is supposed to be about lime curd…” – that would never happen to me.  Never ever.

5 responses to “From Venus to limes”